NEW YORK – The CEO of Tribal DDB told Mobile Marketing Forum attendees that he is concerned about Apple’s walled-garden approach and that the company is stepping between the client and the agency with iAd.

The executive brought to light some of the concerns and challenges that agencies are facing in trying to get clients into mobile. He also talked about what is hindering brands’ entrance into the mobile space.

“We are not sure what to make of Apple’s walled garden,” said Paul Gunning, CEO of Tribal DDB, New York. “It is worrisome.

“Apple is going to do the development and creative when it comes to iAd,” he said. “They are stepping between the client and agency.

“Agencies traditionally guide our clients though the process and it’s worrisome that we are not able to do it with Apple.”

Mr. Gunning expects a lot more innovation in mobile. He said that every time there is a new marketing channel, some company comes along and creates something incredible.

Apparently, innovation is creating confusion among clients. However, without it, the industry is going to be at a nascent stage.

Mr. Gunning believes that the networks have a leg up.

Mobile search
“Everything is leading to search,” Mr. Gunning said.

He expects mobile search to be the area where there is real money.

“IAd is just something that is shiny and new,” Mr. Gunning said. “Steve Jobs has proven that advertisers will allocate $60 million into mobile advertising but $60 million is nothing when you compare that to other channels.

“The walled garden approach makes the space really inefficient from a production standpoint,” he said. “But it’s still just the lack of understanding that keeps the client from buying.

“There are not enough brands here at MMF”

Another point Mr. Gunning brought up is that the Advertising Festival in Cannes is coming up and there is no mobile category.

“There needs to be more interesting executions beyond just search and advertising,” Mr. Gunning said.

Mr. Gunning also said that mobile needs to be a standalone channel until clients better understand it.

Using it as a multichannel effort just buries it in the mix of media and does not help to educate clients.

“Mobile is absolutely the most innovative platform we have,” Mr. Gunning said. “Mobile provides explosive opportunities because it is so personal.

“There is search advertising and geo-location and that can drive our clients’ sales more dramatically than any other platform,” he said.

Google’s role
As for Google and where it sits in the mobile space, Mr. Gunning said that the company has its finger in every single portion of the mobile pie.

Hardware and software, ad networks and device manufacturers are going to be very impactful and Google has a clear leadership role.

“What do advertisers care about?” Mr. Gunning asked. “They want to make a sale.

“But when looking at mobile, its about reach and cost, and cost to reach,” he said.

Paul Berney, managing director of EMEA at the Mobile Marketing Association said that there is an ROI for mobile marketing and advertising.

The increased use of the mobile Internet is one reason why. Also, the increased availability of inventory on mobile is the reason that marketing and advertising on the channel is set for growth.

Economic-related pressures on marketing budgets have cause a lot of brands and marketers to withdraw from the traditional channels and use mobile, because it is less expensive.

New formats and the availability of a rich experience are also driving the channel.

The size and scale of the acquisitions in the mobile space are huge and are also drivers.

“These companies are not betting so much money on a channel that they think will grow,” Mr. Berney said.

He said there are three different goals that a mobile advertiser could have: 1. CRM, 2. Awareness, 3. Acquisition.

Brands do not take kindly to marketing service providers wasting their money. Everything needs to be measureable,” he said.

“I am going to show you the science which is mobile banners and how I use them for a positive ROI,” Mr. Zsigo said. “You generally have two business models: CPM and CPC.

“There is a high latency in mobile because of click loss,” he said. “Banners tend to drop to a landing page and if that page does not load instantly, clickers tend to click over and over again.”

Certain banners work better at certain times of the day on certain sites.

Mr. Zsigo talked about an ad campaign his firm did for the Orbit Social Phone Book.

The advertising campaign for the Orbit Social Phone Book succeeded in getting the application into the Top 75 slot in the Apple App Store in under two weeks.

The ad campaign is further confirmation of the potential of mobile advertising in affecting App Store rankings.

Initial trials of Orbit were very promising, and Trilibis wanted to give it every effort to succeed.

With well over 2,000 social networking applications in the Apple App Store, the competition is fierce.

Still, the company felt it could break the top 100 in the category out of the gate with a well-executed marketing campaign that reached users where they would be using the application – on their iPhone.

Orbit was able to exceed its objective, reaching No. 61 in the social networking category before it ended its marketing campaign (see story).

According to Mr. Zsigo, mobile is a seven-dimensional space that consists of site, time, device, banner, landing, conversion and retention.

“The goal is to take someone that did not have purchase intent and get them to buy,” Mr. Zsigo said. “Offer something free.” 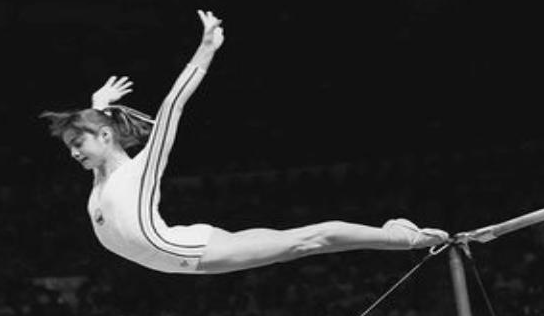