The ‘scripts’ of our lives will echo in eternity

A short line in between words is known as a ‘hyphen’ in English, while in Spanish it’s referred to as a ‘guion’. It comes in varying lengths, including -, –, — and a few more, as I understand it.

In the language of Shakespeare, one of the primary functions of the hyphen is to either bring two words together or divide one word into two. One of my favorite examples of its usage is as a compound modifier, where the hyphen forms a ‘bridge’ between two words to form an adjective.

On the other hand, in the language of Cervantes, hyphens are used to separate the syllables within a word. In both languages, this little line also has other uses – like, for example, to introduce dialogue and prefixes or to give an explanation (in this case, the ‘longer’ hyphen form is used).

Hyphens are all around us. In fact, these short lines appear on roads (usually white or yellow in color) to guide us when driving and to separate one lane from another. They make me feel safe when I’m at the wheel, as they help keep me in my lane. 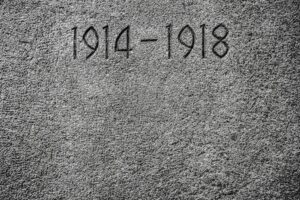 I could go on and on about hyphens. But, I have to say, the usage of these little lines on tombstones in cemeteries is the one which fascinates me the most.

It’s standard practice to find a person’s date of birth on their grave (it seems this is important enough to feature on our eternal resting places). In my case, this would be 1957.

You wouldn’t, however, find the date of your first marriage, nor your second nor your third. Neither the pivotal year your children were born, nor your graduation year would be included, and you certainly wouldn’t see stories or references to specific life events either. (That being said, you do sometimes see dates, decorations, flowers and even photos made from stone, bronze or granite on graves.)

It’s standard practice to not only include your date of birth, but also your date of death too. I guess it serves as confirmation that from that date onwards, you’ve crossed over to the other side (wherever that may be).

There are some special cases when it comes to tombstones and inscriptions. For example, on Mahatma Gandhi’s memorial, his last words ‘Hey Ram’ are included along with the eternal flame, and on Mandela’s memorial, the famous date of his message of peace and freedom are included. Martin Luther King Jr’s mausoleum is not so atypical; here, simply the date of his birth and death are included: 1929-1968. 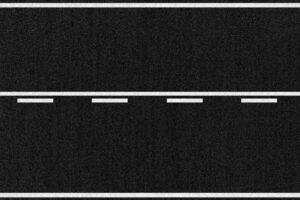 Here, this little hyphen separates the year of his birth from the year of his death. The space in between these dates acts as a reminder of the life lived during that period. Maybe this wasn’t what was intended originally, but nonetheless, this hyphen is there to remind us of those in-between years. In that sense, life is represented with one single, everlasting symbol: the hyphen.

In Spanish, the word for ‘hyphen’ (‘guion’) can also mean ‘script’ – that is to say, a text that determines the content of a film, a story, a radio or TV program. In other words, a document that contains everything a piece of work needs in order to be brought to life.

So, it makes total sense that tombstones use a hyphen to connect the date of birth with the date of death as it represents the ‘script’ or the ‘story’ lived between those years. In that sense, it’s curious to think that in Spanish, the word for ‘hyphen’ and ‘script’ are the same, as this isn’t the case in English.

We have to ask ourselves, therefore, what do we want our stories to be? If our lives were a film, what would the script be like?

Whether it’s a coincidence or simply premonition, I’ve used hyphens in my name in this blog to show that it’s constantly a work in progress. In the symbol sphere, we also use another hyphen to remind ourselves to be switched on and ready to tackle anything with a positive attitude.

When all is said and done and you’re several meters below the ground, your life’s story (or script or guion) will be represented by a hyphen on your grave. This little line will serve as a reminder of all the things you’ve achieved from the moment you were born to the moment you died. So, what will the story behind your hyphen be?

Our stories can be bland or exciting, authentic or borrowed. They might be shaped by the pressures of society or sculpted by desire and good decisions. If we choose mortgages, these will be a main character in our stories for many years; if we choose to rent, our stories will read slightly differently.

You could liken your story to a raft speeding along the rapids of the Reventazón River – guided by a forceful entity and heading wherever it takes you, with very little control over the path.

In my opinion, it’s better to trade in the raft for a kayak and claw back some of that control. By choosing the kayak, you can govern your own story and write your own script – unlike the raft which is controlled by the force of the current.

But it’s not all rosy in the kayak; you could end up surfing a wave, swallowing lots of water, finding yourself hurtling down a waterfall or simply capsizing. No matter what the path throws at you, it’s important to learn to straighten out your vessel quickly and handle it with confidence and determination.

Although no path is the same, I think that the person who journeys through life by kayak will end up with a better story. They’re more proactive and clear on where they’re going, even when up against obstacles and unforeseen circumstances.

Our stories are often sculpted by elements that are out of our control, or expectations that we haven’t managed to meet. We often get caught up in unhealthy patterns and silly routines. This can happen to anyone who chooses impotence over independence; essentially, anyone who goes through life without questioning the important things, including what we’re doing and why we’re doing it.

We write our own stories and we are responsible for what the hyphen on our graves represents. We aren’t part of a perfect plan; our decisions, actions and movements are the things that dictate how our story goes. We’re not victims; we’re actors relying on our rights, talents and powers in order to write our scripts.

If you’ve learned to play an instrument, you’ll create your own musical life, while the rest of us use Spotify; if you choose adventure, you’ll make this an important part of your story; if you forge a career in the public or private sector, each of these will have a different impact on your story and society.

Even if we all journeyed by kayak metaphorically, I still don’t think we’re entitled to everything we want. We’re told we can do anything, but this needs to be taken with a pinch of salt as it’s not always possible.

Most of us can list an extensive amount of failed attempts and dreams that haven’t come true, no matter how hard we’ve tried. But he/she who chooses a story that’s governed by independence and freedom will certainly be one step closer to getting what he/she wants.

Each one of us is responsible for our own life story. If you study, you get results; if you roam around aimlessly, your path may look a little different. If you offer value to society, you’ll be rewarded (whether that’s in the form of recognition or prestige) but if you’re burdensome, idle, lazy or a pain, you’ll get something different.

Once you’ve found your rhythm, your path will become clear, but if you fall asleep at the wheel of your vessel, you risk being led astray by the current or something more sinister. 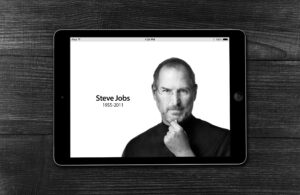 1955-2011 are the years Steve Jobs was born and died. The hyphen in the middle refers to the story of one of the most influential human beings of the last 40 years. His life story includes creating the Mac, iPhone and iPad and, on a more human level, a passion for typography, as well as the integrity of somebody keen to make his mark on the universe.

1879-1955 are the years Albert Einstein was born and died. His story includes being awarded “person of the century” posthumously by Time, since he was the most prominent scientist within a century of scientific advancements. Best known for his theory of relativity, Einstein is an inspiration to scientists and inventors worldwide.

Einstein and Jobs led extraordinary lives. We probably have people in our lives at the moment who are just as extraordinary and capable of amazing things. What’s clear is that the hyphen on our graves has nothing to do with fame – rather, the passage of life and the legacy we leave behind. A legacy characterized by love, care, creation and value.

In some cases like mine, our true legacy will be our children – our wonderful contribution to life on Earth. With them, we can observe true success in the form of setting them free, giving them autonomy, protecting their souls and praising their achievements.

For others, success will be a case of constitutional reform, a movement that’s created or an invention that becomes a roaring success. It could be a collection of literature, a piece of artwork or simply the winning goal in a match.

All of our days are numbered, and nobody knows what the second year on our tombstones is going to be. In the meantime, making sure the story we’re writing is wholesome, influential and remembered by others is the goal. Making sure it has a positive effect on those closest to us is the most important thing.

From the very depths of my soul, I hope your life story is a reflection of your dreams and aspirations. I hope that life’s passage is smooth for you, and that compassion blossoms out of your existence and that people of all ages are touched by your legacy.

I also want to thank those who have positively impacted my life with their own stories. Those who I’ve met and those who I’ve known of but never encountered; those who have inspired my life and egged me on in my darkest moments when I was gripped by fear and anxiety; those who watered my ambition like a flower, and helped me with my struggles, encounters and reconciliations at the same time. 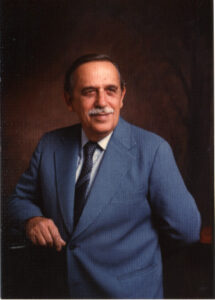 Today, in particular, I want to thank Fernando Oller Zamora (1916-2005) who gave me his surname at 36 years old. He was my adoptive and true father – hugely influential in my life and massively supportive from when I was nine years old, all the way up until his last breath. His story marked my own and for that, I’m eternally grateful to him.

I’ll honor his memory and would love to be able to hug him again. Thank you Dad for making me part of your amazing story.

To conclude, dear reader, I wish you the very best. May your life story and hyphen on your grave shine, inspire and move people. May your story echo what’s in your heart.

The ‘scripts’ of our lives will echo in eternity. 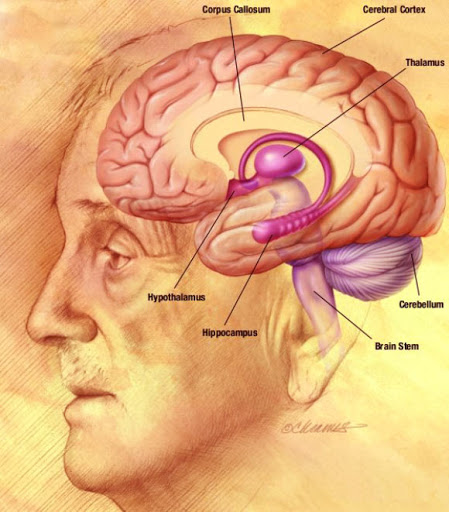 Recently, I tried–really tried–to buy a book for my book club. I went online and ordered The Alchemist, by Paulo Coelho. Then, a week later, I had a free moment at work, and I thought, 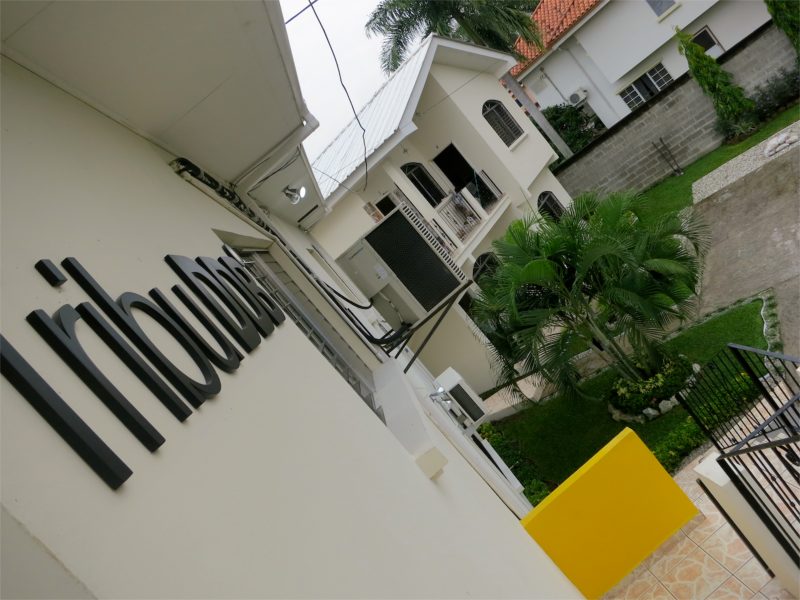 A Story of Evolution Some 28 years ago, I began what today is known as a startup, loaded with technology, creativity, and dreams, amid the challenges involved in carving our place among 50 advertising agencies.